Last week, YouTube announced a 30% price hike for its cable TV alternative service, going from $35 – when first announced in 2017 – to $65 monthly beginning July 31.

Outraged consumers are still venting on social media. We wrote several articles about the move from the streaming service, and heard from many of you.

At $65, YouTube TV is the most expensive of the cable TV alternatives, which brings the cable TV experience to streaming, with many of the same channels, but fewer than you would find on a more expensive $100+ cable TV package.

Hulu with Live TV and AT&T Now are $55 monthly, while Sling TV, which has fewer networks available, is $30 monthly. 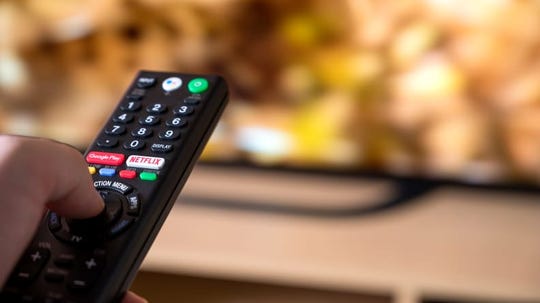 Break up with your cable contract, and switch to YouTube TV instead. (Photo: Reviewed)

Many consumers vented about a price hike during a pandemic. Others support YouTube owner Google fr upping the price, saying it was undervalued, and the company needed to turn a profit.

► Split the monthly fee with a friend and then it won’t seem so bad.YouTube says up to five people can share a membership: “You can create a family group to share your membership with up to five people at no additional cost. When you create a family group, you become the family manager.” While aimed towards families, if you can persuade a friend (or loved one) to go in with you, $65 monthly becomes $32.50 and while you get about the same number of channels as with Hulu with Live TV, Hulu can only be seen on 2 screens at a time, the DVR maxes out at 50 hours of programming, unlike YouTube, or an extra $15 monthly for more.

► Switch to Sling, for $30 a month. Fine print galore. Unlike YouTube, Sling doesn’t carry the four major broadcast networks, and only has NBC and Fox in some markets. Additionally, it doesn’t offer DVR service with the $30. That’s an extra $5 monthly. Two solutions: subscribe to CBS All-Access for the CBS lineup, should you want it, for $5.99 monthly, and/or Hulu’s $5.99 service, which offers prime-time shows from NBC, ABC and Fox the day after the initial airing. That’s $47, if you go for all of them, a savings of $18 monthly, or $216 yearly.

► Get an antenna. The old rabbit ears of years ago have been greatly improved since. You can pick up an antenna for as low as $25, and most have amplifiers that plug into your electrical outlet and boost the signal. In most parts of the U.S., unless you’re in deep, rural areas, your signal should be just as good as cable. And free.

Damn right, such a tone-deaf move. They should reduce the price, offer better customization and charge more for a 100% ad free version. I switched to @Sling. Been with @YouTubeTV from the start, very disappointing.

I use Sling! It doesn’t have CBS but we bought that access separately. Sling has @BravoTV which was my must.

I’ve tried Sling twice and cancelled both times because I just don’t like the interface and controls with the guide and DVR. I hate the YouTube price hikes but can’t see cancelling yet. They know even at $65/mo they are still the best game in town.

@YouTubeTV is the best as even with the price hike is well worth it. Find someone to split it with and add them as a user… issue fixed.

I cancelled Sling and added YouTube thanks to those new channels and don’t care about price. Sling has issues all the time and their on demand barely works. I shouldn’t have to select each episode of a show I want to watch and then get kicked to home to start again. It’s awful.

I went back to Sling. Got better channels, better price. Using antenna for local or using the network apps for recent airings

@Sling is terrible for sports. Never replaced the YES Network when they lost it last year, and all of a sudden, NFL Network is gone too. Strangely enough, no reduction in price.

I hear you! But as far as I can tell, getting local channels on @Sling is like a Rube Goldberg experience. If all I need is local channels, might as well just put up an antenna, right?

Hey #YouTubeTV – if any of those 8 channels were really “my favorites” as you claim since you’re raising the price to nearly double from when I signed up, why would I have signed up for your service 3 years ago? Wouldn’t I have gone with a different service? Think about it pic.twitter.com/fOSAldfyN4